The Growth of Mobile Gaming 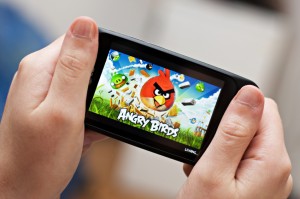 With the growing popularity of smartphones and personal tablets, the popularity of mobile gaming has grown. These games are popular across mobile operating systems, demographics, and geography because they are easy for anyone, including children, to pick up, instinctively play, and enjoy. Of course, this isn’t the only reason they continue to gain popularity.

With a minimal cost, many games cost $0.99 to download or are free to play, mobile games are more reasonable financially to pick up and play compared to a console (Xbox One, PS4, Wii U, etc.) or PC game. Purchasing a game for a dollar or less is appealing to those who are unsure if they’ll like the game, those who don’t often play games, and those who don’t have a large disposable income to invest in big brand games.

Play time is another deciding factor. The most successful mobile games are ones that can be picked up and played in small bursts, like while riding the bus. Effective mobile games will provide enjoyment to players, regardless of how much time they have to play, unlike console and PC games which require large, dedicated play time gaps.

Developers Jump On Board

Mobile gaming isn’t just popular among consumers, but also among developers. A large percentage of the population owns a smartphone, giving developers a larger potential market, as opposed to developing a game limited only to people who have a specific console. It is estimated that 1 in 5 people own a smartphone globally, 1 in 17 own a tablet, and approximately 1 of every 343 people in only 13 countries own an Xbox One gaming console.

Mobile Games also have a shorter development time than console games, allowing the developer to create, release, and update more frequently than with gaming consoles. It’s not uncommon for mobile games to update weekly, bi-weekly, or monthly, with new versions and variations becoming constantly available, while console games take years to release the next version.

The costs of developing for mobile are also far less than for console and PC games. The short development times minimize costs, while using fewer developers who are able to multitask on different assignments (ie. Animation and audio, or development and architecture, etc.) decrease the initial financial output by developers and publishers. Additionally, publishers are not required when submitting a mobile game to an app store, but are a mandatory requirement when looking to create mass market console and PC games.

Also with console and PC games, the development time takes years, and each role is filled by an individual specializing in a specific area; thereby, increasing costs to the company and publisher.

Some of the most popular games in the world right now are mobile including the likes of Angry Birds, Words With Friends, and Candy Crush Saga, each of which have been downloaded millions of times! The growing popularity of mobile games looks like a positive trend for both casual gamers and smaller developers globally. With new forms of mobile technology, like Google Glass, on the way, we can only begin to predict what mobile gaming will look like in the years to come.